I am currently an assistant professor in the Department of Linguistics at the Ohio State University. Prior postdoctoral appointments include positions as a researcher and lecturer at the University of Konstanz Zukunftskolleg, the Language, Logic, and Cognition Center at the Hebrew University of Jerusalem, Berkeley Linguistics and the Institute for Language and Information at Heinrich Heine University Düsseldorf.

My broad research interests are in semantics, pragmatics (particularly formal and experimental approaches), and reasoning. Recently, my focus has been on the connections between lexically-driven inference and compositional semantics, and in particular on formal approaches to causal dependence in lexical and compositional semantics. My current projects investigate causal reasoning and the cognitive representation of causation through the lens of causal language, and its interactions with aspect and modality. My dissertation, Causality, aspect, and modality in actuality inferences, develops a causal analysis of actuality inferences from ability modals, based on a causal analysis of the lexical semantics of implicative verbs. I also work/have worked on causative verbs, (quantified) exceptive constructions, and conditionals. 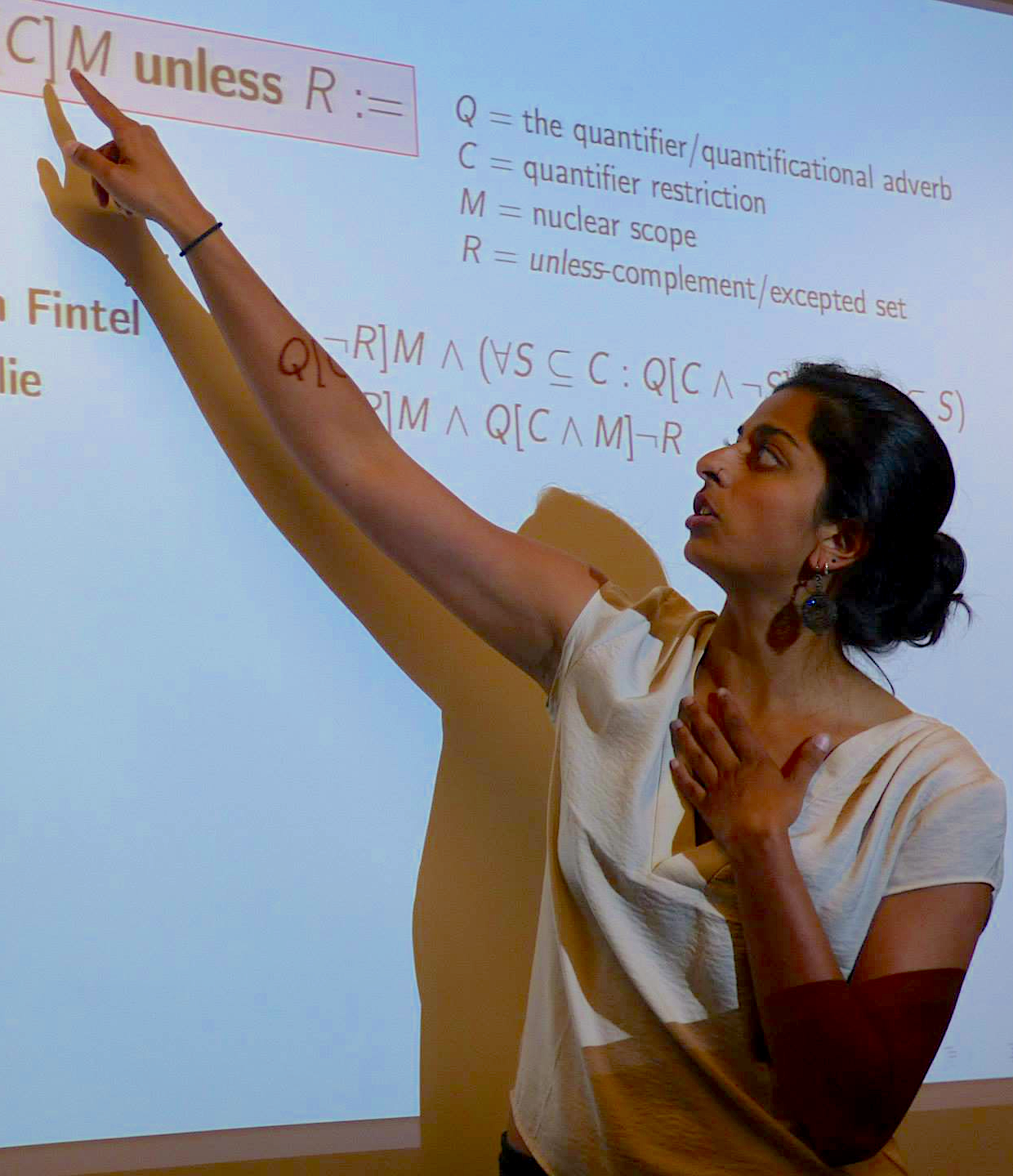